Wow! That was a mouthful to say. Gluten-Free Double Decker Pepperoni Deep Dish Pizza. Try saying that five times fast. This was our Valentine's Day meal. With Valentine's Day falling on a Friday, we just didn't feel like fighting the crowd. We did celebrate last night though, with an awesome date night at one of our favorite Mexican restaurants. Dos Reales is close, reliable, and we can usually drop in and get seating immediately. My kind of place.

Anyway, back to this fabulous pizza. This dish was inspired by Olympic speed skater Shani Davis, a Chicago native. Like Shani, I love deep dish pizza. Believe it or not it is so easy to make your own at home. The trick to making deep dish pizza? A well seasoned cast iron skillet. Something about the cast iron allows the pizza crust to get perfectly golden brown all around the edges while at the same time evenly heating the toppings. If you do not have one, I highly suggest you go and get one now I say! 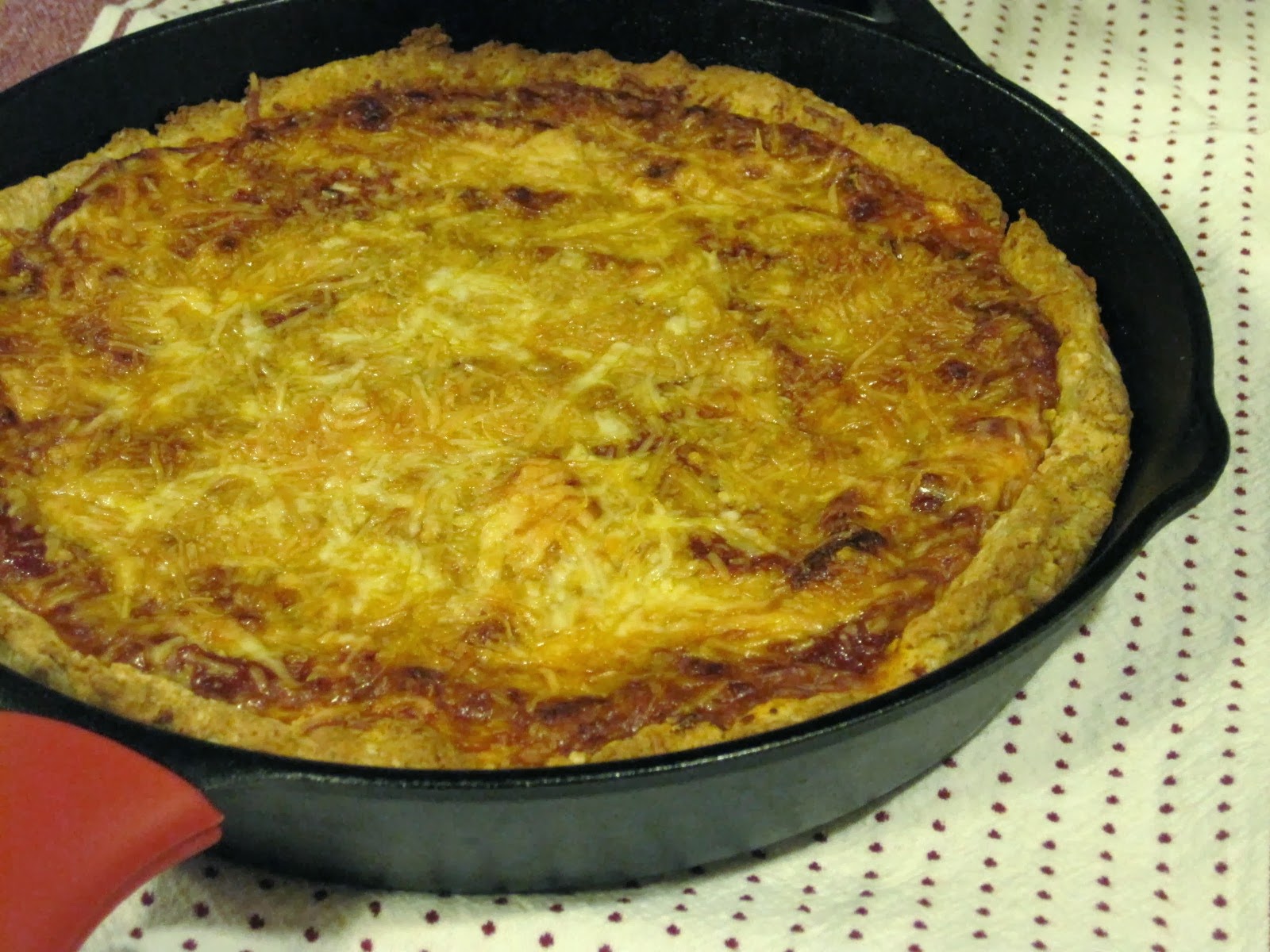 Ahh...shear decadence! This pizza is loaded with cheese, turkey pepperoni, and more cheese. To cut some of the calories a little, I used fat-free mozzarella and shredded Parmesan. Harder cheeses such as Parmesan pack a ton of flavor for fewer calories. If you are looking for a taste of the windy city at home, you will want to make this pizza.

Heat your oven to 425 degrees. Drizzle the olive oil in a 10-inch seasoned cast iron skillet. Using a paper towel, wipe oil all around the bottom of the skillet and up around the edges. Press pizza dough into the bottom of the skillet and one inch up around the edges to form the crust. Layer 1/2 of the pepperoni on the bottom of the crust. Sprinkle 1/2 cup each of the mozzarella and Parmesan. Place the remaining 1/2 of the pepperoni on top of the cheese. Sprinkle another 1/2 cup each of the cheeses over the pepperoni. Ladle the sauce over the cheese. Sprinkle remaining packages of cheese over the sauce. Bake in the oven for 40 minutes. Let stand for 10 minutes before slicing and serving.
Posted by MrsNick at 12:13 PM