In case you did not notice Kansas City on The Weather Channel yesterday, the first major snow event rocked the city. I wish I could have gone to the Plaza to shake Jim Cantore's hand! Thankfully, school was cancelled and the Bear made it home safely at around 11:30 yesterday morning. Truthfully after coming down with yet another sinus infection last week, I'm not minding being at home and catching up on sleep. We were total bums yesterday and it was amazing. Since today is another snow day, we woke up bright and early to start digging our way out of the driveway.

Some of you might be wondering, "Hey Sara! How's that training for the 10k you're running in March going?" Well folks, I'm a little disappointed that I cancelled my gym membership this year. While actually running and training for the 10k is going rather subpar, I am trying my best to maintain some sort of aerobic activity. Shoveling snow definitely does the trick! I'm actually thinking about purchasing a gator so when the sidewalks are safe enough to walk on and my sinuses are clear I can safely workout in the elements. For right now though, I think I'll stay inside. Maybe catch up on the blog a little.

In other news, how about the Super Bowl? It was not the most exciting game, but I was happy with the results. Not that I'm in favor of either team, it was just cool to see Seattle win. What did you all think about the commercials this year? We were a little disappointed as many were a little on the emotional side. Quite frankly, it is sad when yogurt commercials trump all others in humor. Come on, America needs to laugh! I don't want to spend my time watching the Super Bowl tearing up over puppies and cereal. Anyway, at least we got to feast on this delicious pizza. 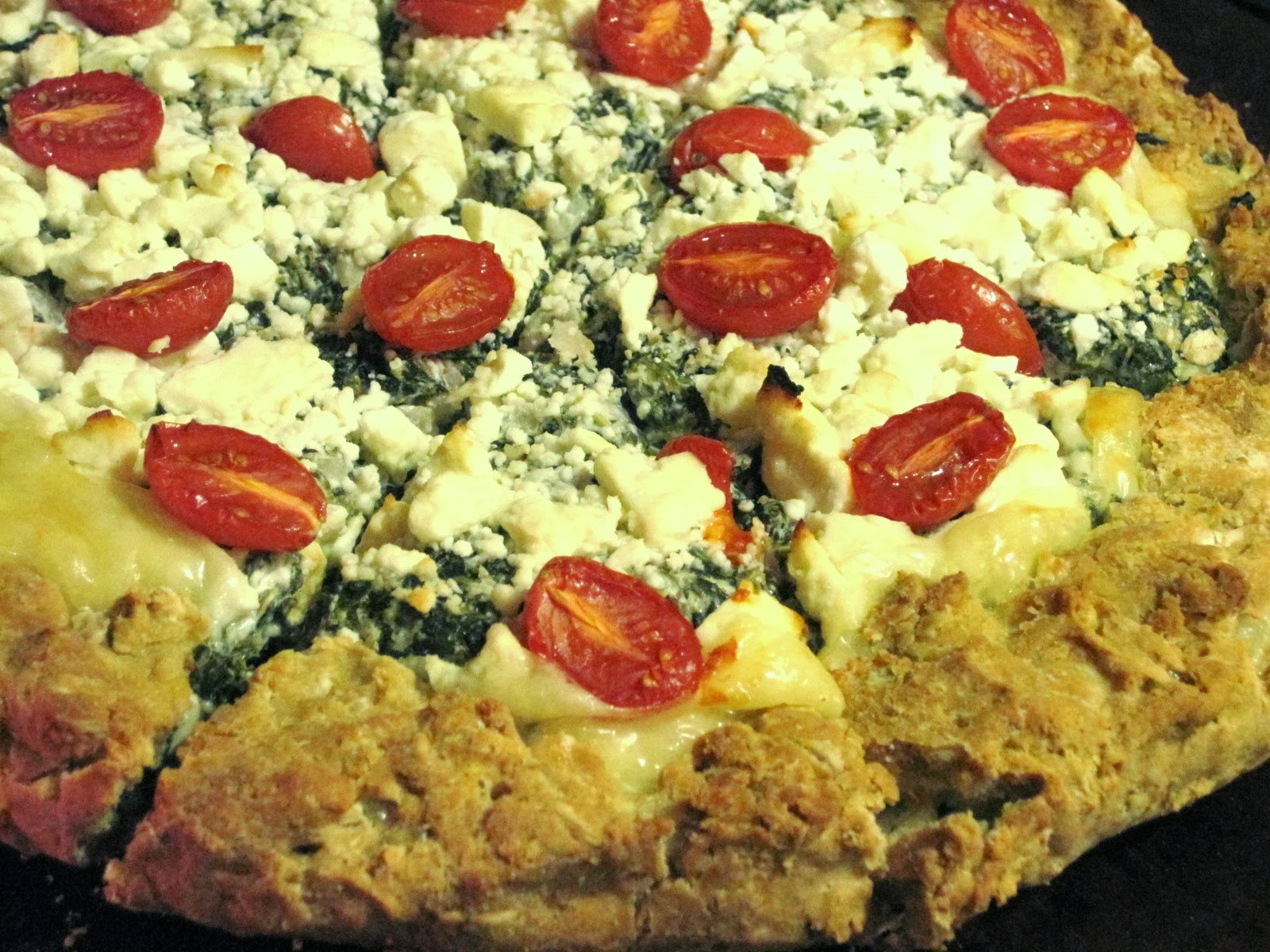 The Bear took the leftovers for lunch on Monday. His office co-workers were all asking him where he ordered the pizza from. Proudly he said his wife made it! You know you've nailed gluten-free pizza crust when people are asking that! I've made this crust three different times all with different toppings. The crust has consistently been delicious. This happened to be my "Spaniko"pizza creation. I simply sauteed a little onion, garlic, and one box thawed and drained frozen chopped spinach together until the onions were nice and soft. Then I added a little salt, pepper, 1/2 teaspoon dried dill weed, 1 teaspoon oregano. I stirred it all together with 4 oz. softened 1/3 less fat cream cheese, spread it over the crust, topped with copious amounts of feta, and chopped cherry tomatoes. Regardless of the topping though, it would be nothing without this amazing crust.

Heat water to 110-115 degrees. Stir in sugar to dissolve. Add yeast. Let set until the yeast proofs and doubles in volume.

In a large mixing bowl, whisk flour and remaining ingredients together. Pour yeast into the flour mixture. Stir until a large ball forms. Pat together to pick up any remaining flour. Kneed into a ball. Place the dough back into the bowl, cover with a towel, and let rise for 1 hour. Once the dough has risen, you can roll it out and top with whatever you wish. I suggest using a pizza stone and baking in a preheated oven at 425 degrees for 30 minutes or until the crust begins to lightly brown along the edges.