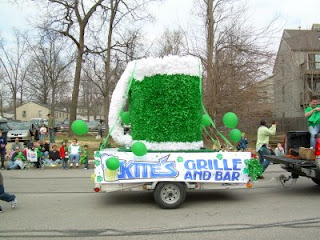 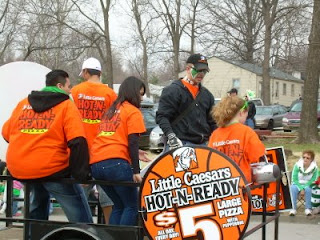 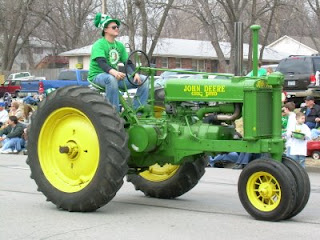 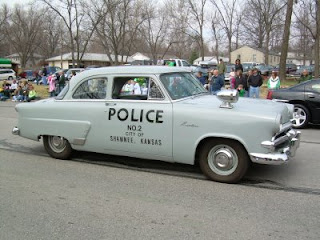 My sister, Erin, came into town for the weekend. We decided it'd be pretty cool to hit one of the many St. Patrick's parades in the area. The local parade in our area was only a few short miles away. It was well worth it and just long enough to make it quite enjoyable. Above are some great pics from our favorite floats. Of course I cannot resist tractors. We were really surprised Shawnee was keepin' it rural with so many in the parade. I took the Little Caesar's pic because they had my favorite afternoon entertainment on the float. Every Friday when driving home from work, this guy is either dressed as a punk rocker or cowboy and is playing a pizza guitar. Regardless, he always is wearing the gloves with skeleton hands on them. Call me lame, but it really cracks me up. The green beer float is one of Justin's frequent happy hour spots, Kite's. After the parade we hit Kite's for a few traditional St. Pat's beers. They had won the "spirit award." So, everyone is a pretty celebratory mood.