I hate to admit when I feel relaxed because then life gets incredibly busy again. I've been feeling so incredibly relaxed. If you notice past posts, I kept talking about how crazy things were at school. I think we all deserve a break and a chance to unwind. I'm grateful I get this chance as a teacher during spring break. I just hope it doesn't make me too lazy;).

This spring break has been amazing! Friday I left directly from work to Des Moines for the big 10k race. I am very proud to say that I ran the entire time and finished!!! I ran slowly, but kept at it. There were so many people along the way cheering us on and telling us to push through. It was great! After the race, I met up with my Drake wolf pack crew to celebrate. A cider first at El Bait Shop the post race headquarters.... 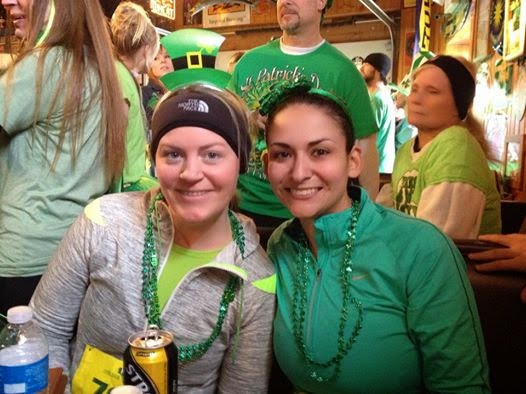 I know cider right?! There are water bottles on the table as well. I also recharged with a diet Red Bull before said cider to give me a little boost. It amazes me every time I am in Des Moines how much it has changed for the better. Downtown has a great vibe. So unlike the days we were all in college together. I love it! Next, we headed to Dos Rios for some nourishment. 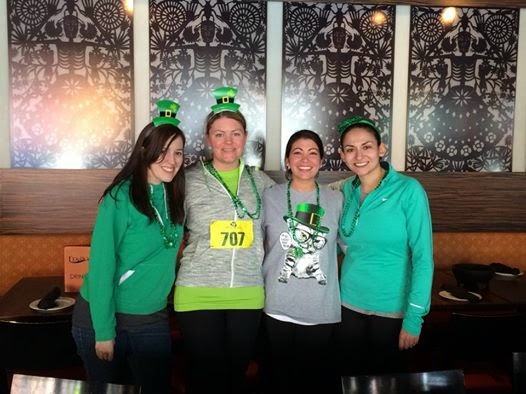 Dos Rios is absolutely outstanding! They have so many gluten-free options and they make guacamole fresh at your table. If you love Mexican food and are in downtown Des Moines, I highly suggest you stop by. You will not regret it!

After all of the race day fun, I headed to my dad's. We watched the final Big 12 tournament game- Baylor versus my Iowa State Cyclones. It was the first game I was able to sit and watch a game in its entirety. Most of the time I struggle to sit through an entire basketball game. It was probably because I was so worn out, but I felt compelled to cheer the Cyclones on! In the words of Paul Rhoads, "I am so proud!" I hope they can keep it up!

Monday I finally made it home to the Bear. I was still sore until yesterday, but think I'll take advantage of the first day of spring with a little run today. I have plenty of excitement to work out as yesterday my orthodontist finally said my braces get to come off! Yes, in three weeks (April 9th) I will be braces free! I can't wait!

Now that I've got you all caught up on my very interesting life lately, how about some Monterrey Chicken? 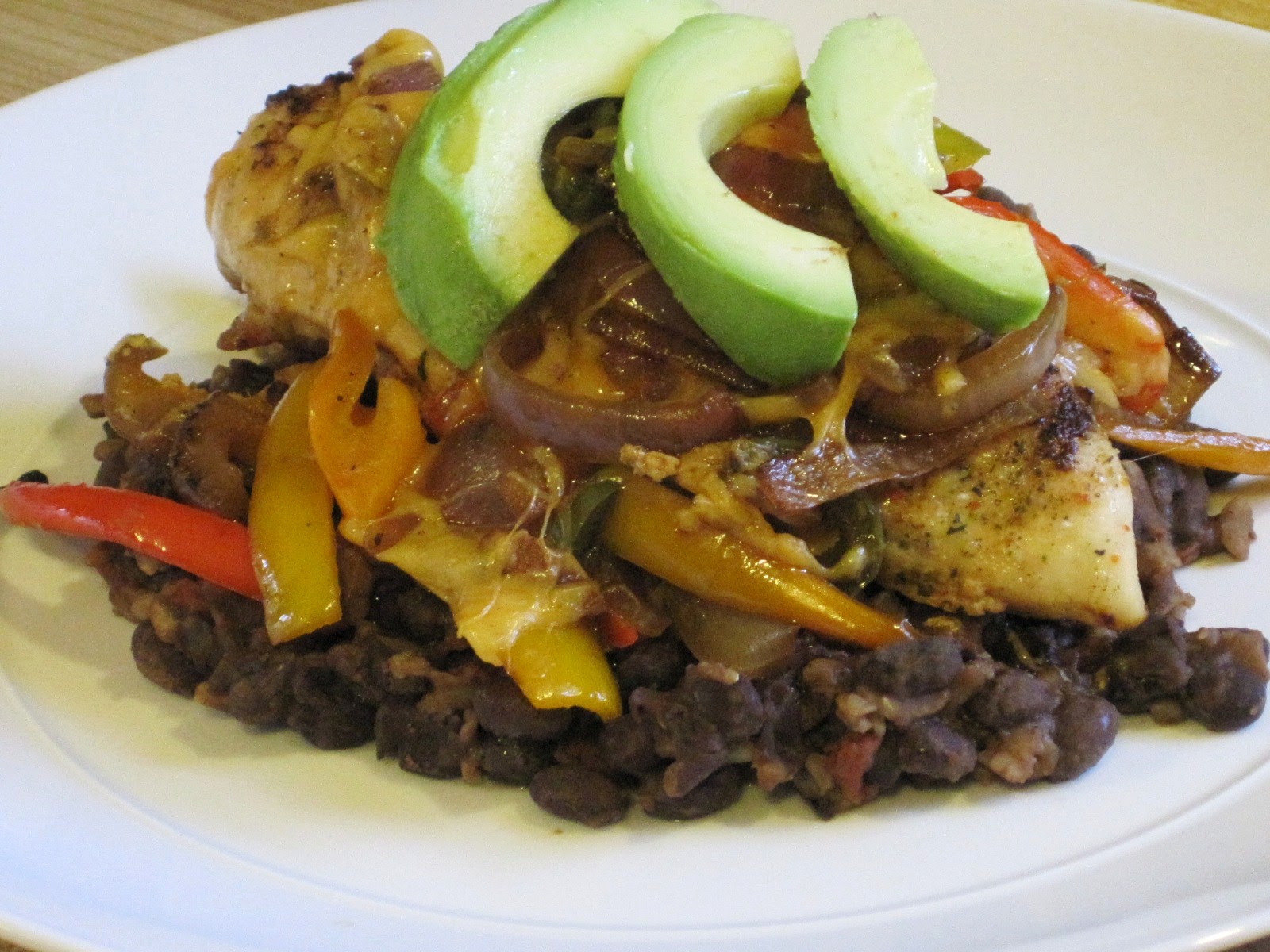 I don't know what compelled me to come up with this recipe other than everything just sounded good. Here I've taken advantage of Penzy's buttermilk ranch dressing base as a seasoning for the chicken. I topped the chicken with sauteed peppers, onions, and fat free cheddar cheese. For a dose of healthy fats, I added avocado. If you are looking to pep up your chicken, this is a great recipe!

Preheat your oven to 400 degrees. Spray a large casserole dish with nonstick cooking spray. Set aside. Heat the olive oil in a large nonstick skillet over medium-high heat. Sprinkle the ranch dressing mix over both sides of your chicken. Add the chicken breast. Cook for 4-5 minutes or until the chicken begins to brown and easily lifts away from the skillet. Turn, cook another 4-5 minutes or until browned on the other side. Using tongs, place chicken in the casserole dish. Set aside. Add the onions, peppers, and broth to the skillet. Cook for 5 minutes, stirring occasionally to bring up any brown bits. Remove from heat. Pour the onion and pepper mixture over the chicken. Place the casserole dish in the oven. Bake for 10-15 minutes or until a meat thermometer stuck inside one of the chicken pieces reads 165 degrees. Sprinkle the cheese over the onions and peppers. Bake another 5 minutes or until the cheese begins to melt and bubble. Remove from the oven. Top with avocado slices before serving.