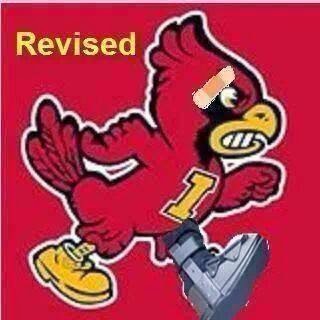 I'm not sure who designed this, but I absolutely love it! I could hardly watch ISU play yesterday afternoon. It was one of those games where the Bear and I were on the edge of our seats the entire game. We were both pretty nervous after Georges Niang suffered yet another injury this season during Friday night's game against North Carolina Central. Last week Niang suffered a blow to his eyebrow during the Big 12 tournament game against KU. He had to get five stitches. Hence the band aid on Cy. Now he's out for the remainder of the season with a broken foot. After breaking his foot however, he managed to continue playing for a little while and scored 5 more points. The Bear thought the team was doomed. Quite the opposite happened yesterday and they rallied on! We hope they can keep the magic going, Hilton magic that is;). Let's go Cyclones!!

I know not all of you are Iowa State fans, but maybe you are quesadilla fans. I truly missed quesadillas after going gluten free. I tried making them with corn tortillas, but it just wasn't the same. I am happy to say that after trying Udi's gluten-free tortillas, one of my favorite Mexican indulgences is back on the menu. 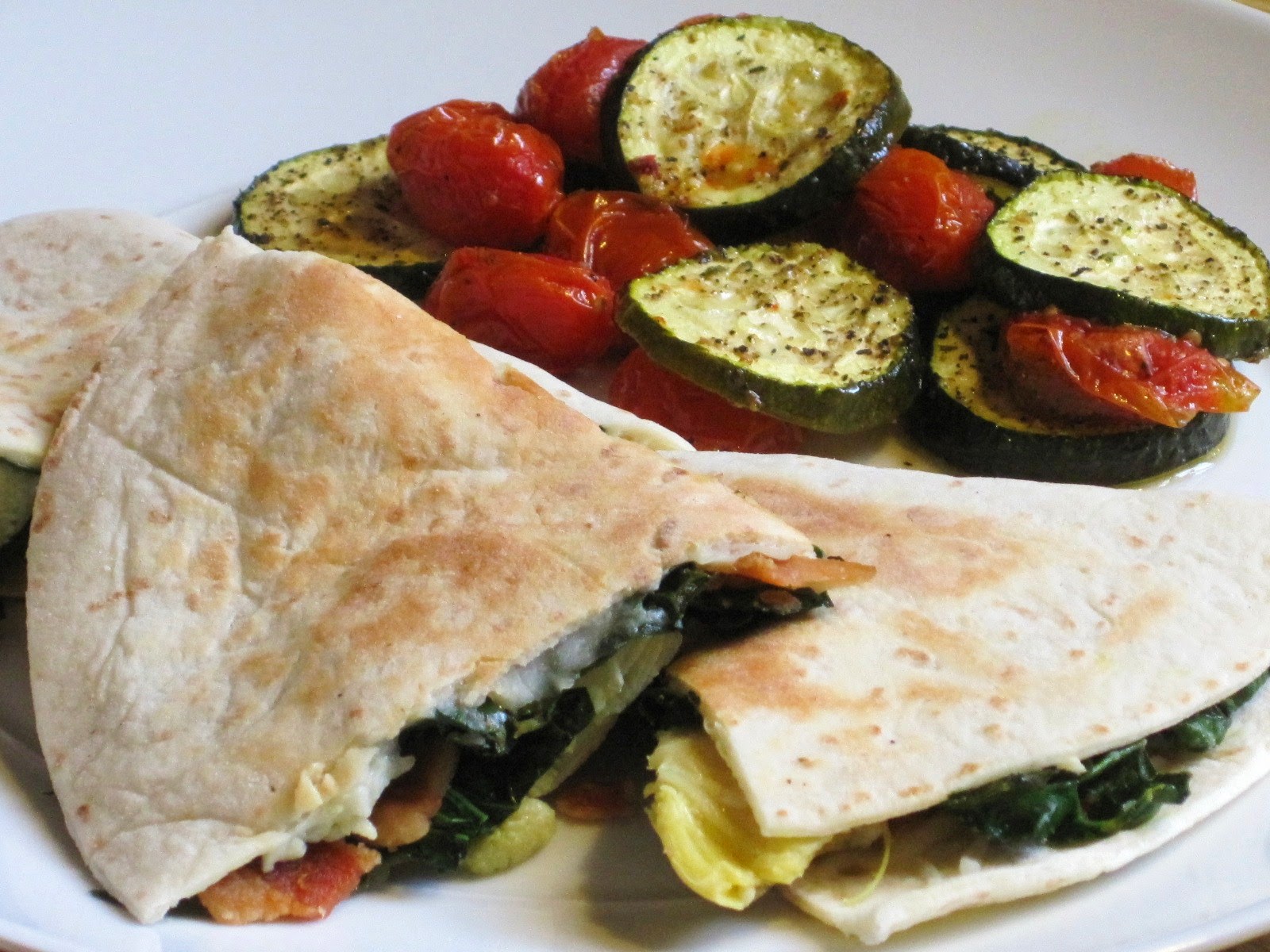 This recipe is packed with some amazing ingredients! Layered with a bacon, fat-free mozzarella cheese, and a garlicky sauteed kale and artichoke mixture, these quesadillas are deliciously sneaky way to add some super veggies into your meal. You could easily make this dish vegetarian by omitting the bacon. Not gluten free? No problem! You could also use whole wheat or regular flour tortillas. My belly just prefers I keep mine gluten free.

Heat a large nonstick skillet over medium heat. Spray with nonstick cooking spray. Add the kale, garlic, and artichoke hearts. Cook, stirring occasionally, for 5-6 minutes or until the kale begins to wilt. Remove from heat. Place in a dish and set aside. When the skillet is cool enough to handle, rinse with warm water and wipe clean. Heat the skillet once again over medium heat. Place one tortilla in the bottom of the skillet. On one half of the tortilla, layer 1/4 of the kale mixture, 1/4 of the crumbled bacon, and 1/4 cup cheese. Fold the half without any toppings over the topping side. Cook for 3-4 minutes or until the tortilla begins to turn lightly brown. Using a large spatula, flip the to the other side. Cook another 3-4 minutes. Remove from the skillet and repeat with the remaining tortillas. Cut into triangles before serving.